At the Virginia Film Festival

I just returned from a great weekend in Charlottesville, VA where Wrestling for Jesus was programmed (and really any weekend in Charlottesville at this time of year is going to be great – film festival or not). The screening of WFJ was excellent with a great, attentive audience who asked thoughtful questions after the screening. I’m not sure if it’s like this with everyone’s film, but it seems like WFJ elicits a lot of questions (and comments) from people. These range from “where are they now” curiosities to existential ponderings about documentary as an art form. It keeps me on my toes and helps me understand how art is best when it keeps revealing itself over time.

You can read what some festival attendees thought about the film.

John Armstrong is a mathematician and programmer.

Vote for Wrestling for Jesus

Arclight Cinemas in Los Angeles is hosting their first Documentary Film Festival and instead of programmers choosing the films, the public gets to make selections based on votes for the trailer. Seriously though, it’s an intriguing idea. Get a group of filmmakers together and invariably they will raise concerns about how films are chosen for festivals. This way it’s completely transparent. It’s a worthwhile experiment that’s worth trying. Since Wrestling for Jesus has yet to play in Southern California I thought this might be a great opportunity to make that happen. So here’s my request(s)

Go to this facebook page and vote for Wrestling for Jesus

Both of these methods will register a vote for the film – so by all means, do both.

Thanks and hopefully we’ll see Wrestling for Jesus in LA.

“Head a couple miles up a dirt road.” Those were the directions to get to the Throne of Darkness Wrestling Federation, a small backyard wrestling promotion in rural South Carolina. As we drove down the dirt road, we entered into a clearing with a trailer and a wrestling ring. We spent a day with the ladies, gentlemen and vampires of the TWF. There was so much good material that not all of it made it into the final film. So on the DVD there is featurette about the TWF, including a scene where you meet one my favorite characters in the film, Freddie. Enjoy and buy the DVD to see the entire piece.

Wrestling for Jesus at the Rappahannock Independent Film Festival

Back in 1997, Wrestling for Jesus director Nathan Clarke graduated from Mary Washington when it was still a college. Now in 2011, we’ll be heading back to Fredericksburg, VA for a screening of WFJ at the Rappahannock Independent Film Festival.

The film will be showing at 4PM on August 27 at the Central Rappahannock Regional Library Theater at 1201 Caroline St. Tickets can be purchased here where they are selling day passes. You can also buy a ticket for the film at the door for $7.

There will be a filmmaker Q & A and you are welcome to join us for a meal afterwards at a fine Fredericksburg establishment.

Wrestling for Jesus in Paste Magazine

I was a regular subscriber to Paste until they ditched the print edition a year or so ago (has it come back? I think I saw one in Barnes and Noble). I’ve always appreciated their insight and thoughtful approach to music, film and culture. While at the Little Rock Film Festival, I met Tim Basham, the film critic for Paste. I made sure to give him a copy of the film and a few weeks later I was pretty excited to read the following write up after the Little Rock Film Festival. 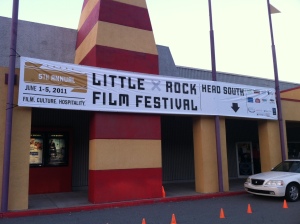 For a half hour, Charles Monroe-Kane interviewed Wrestling for Jesus director about the documentary. Let us know what you thought.

Wrestling for Jesus to Screen at Little Rock Film Festival

It’s a great experience to get an e-mail from a name you don’t recognize and in the subject is a mention of the film you’ve labored over for years with the word “Congratulations.” We received an email like that this week from the Little Rock Film Festival. Wrestling for Jesus will be screening there along with an amazing array of films. In fact I’m not sure which is a better honor; to get selected or to be included with these films (many of which I’ve been looking forward to seeing.)

More information is coming about screening times. Director Nathan Clarke will be there along with Director of Photography Jeffrey Pohorski (who claims that this will complete his journey of travelling to all fifty states – there are many things to celebrate).

Also check out this article that names LRFF one of the 25 festivals worth the entry fee.

The Wrestling For Jesus Soundtrack

The Soundtrack for Wrestling For Jesus is now available at iTunes.

In September of 2010 I sent Charlie Peacock an email asking if he would be willing to produce the soundtrack to Wrestling For Jesus (among many other things, Charlie is known for his producing work, including the recent debut of The Civil Wars). Charlie and I had worked together on one other project and it was a great experience. I knew that I wanted a sound that was “southern” but not cliched like Lynryd Skynryd or Dueling Banjos. I thought Charlie would be the one to capture what I heard in my head when I watched the film.

Charlie responded with a simple question, “Do you editorialize or let the characters speak?” I assured him that it was the latter (and I was encouraged that this is what mattered to Charlie). Several weeks later I was in Charlie’s studio at the Art House in Nashville with some amazing musicians. Jerry McPherson and Sam Ashworth began to craft a sound that was raw and emotional.

Early in the process the topic of lyrics came up. Reticent at first (film scores aren’t supposed to have lyrics!) we landed on the idea of using old southern spirituals. This gave the soundtrack a feeling reminisent of Flannery O’Connor’s reflection on the south as “Christ haunted.”

In the end the guys created a score that I could easily listen to in my iPod. Charlie did amazing work along with Jerry and Sam. We also had two fabulous engineers on the project, Mark Nash and Richie Biggs.

For me, highlights include:

“God’s Gonna Cut You Down” – sung by Sam and recorded in one take it was a magical moment. Fans of Johnny Cash and Moby will recognize this old spiritual

“Jesus Gonna Call Your Name” – an example of how we used lyrics from old spirituals. A great raw composition used during a wrestling sequence.

“Till My Body Comes Undone” – The lyrics were written on the spot by Charlie (and sung by him). This song was used when the film begins to take a more serious turn.

Wrestling For Jesus at Indie Grits

Wrestling For Jesus will be making it’s Southern premiere at the Indie Grits Film Festival in Columbia, SC this Saturday, April 16 at 8:15 at the Town Theatre. Many of the subjects of the film will be in attendance, including Timothy (or T-Money as he is called in the film). We’re incredibly excited about the opportunity to participate in the Indie Grits festival, a unique celebration of southern culture in all it’s creative expression (including very tasty food). If you come, make sure to say hello to Wrestling For Jesus director, Nathan Clarke, and take the opportunity to meet some of the wrestlers.

Also, check out what The State, Columbia’s newspaper wrote about WFJ.

To celebrate the world premiere of Wrestling For Jesus, we commissioned eight artists to create pieces based on their interpretation of the film.

Here are some small samples of what they created. 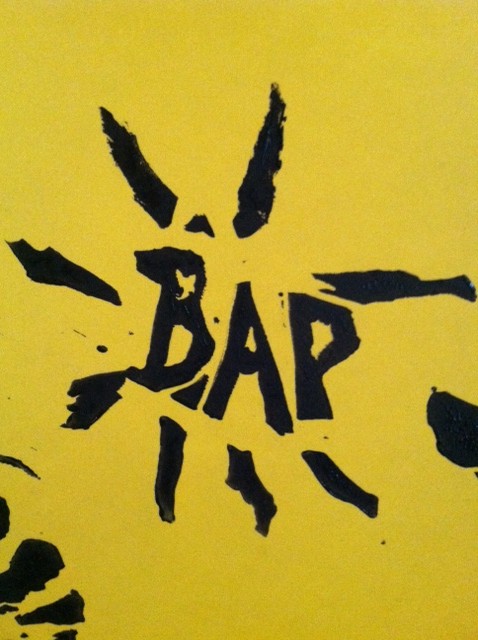 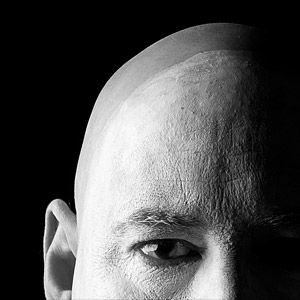 Beside Myself by Barry Sherbec